Here at ShopNK, we are dedicated to moving the needle forward. For us, that means inspiring our community to lean in, level up and give back. As an extension of our mission, we are offering 30-minute mentorship opportunities with top industry leaders where 100% of the proceeds will go directly to a ShopNK charity of your choice. 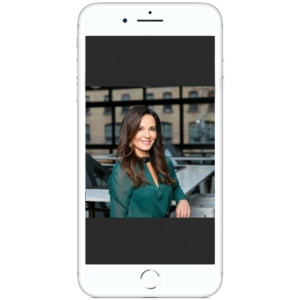 As the owner and visionary behind Gusto 54 Restaurant Group, Janet stands out as an entrepreneur in the restaurant industry. In 1996, she opened Trattoria Nervosa in Toronto’s Yorkville neighbourhood, and since then has launched a host of lauded restaurants, including Gusto 101, PAI, Kiin, Chubby’s Jamaican Kitchen, and Los Angeles-based Felix, which was commended as Esquire’s “#1 Best New Restaurant in America”, and shortlisted as a finalist for the James Beard “Best New Restaurant 2018” Award. Janet was chosen among thousands of candidates across the country by the RBC Canadian Women Entrepreneur Awards as the recipient of the “TEC Canada Award for Excellence in Entrepreneurship.” Janet’s empire is also noted for its contributions to community-building programs that actively support women in leadership as well as educating children to eat in healthy and sustainable ways through Gusto 54’s charitable branch, Gusto Gives Back. 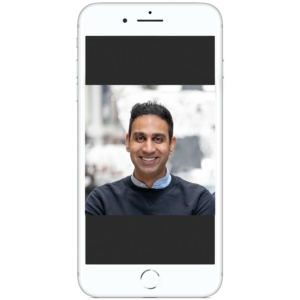 Rajen is a serial entrepreneur, investor, board director and philanthropist. He is the co-founder and chairman of Endy, Canada’s leading online mattress brand which was recently acquired by Sleep Country in one of the largest e-commerce transactions ever in Canada. Prior to co-founding Endy, Rajen was the co-founder of Groupon International via acquisition of his European-based company Citydeal, which, at the time, was called the “Fastest Growing Company in the World” by Forbes. Through the Priya and Rajen Ruparell Foundation, his philanthropic organization, he contributes to education, the arts, women empowerment initiatives and the needs of low-income children. 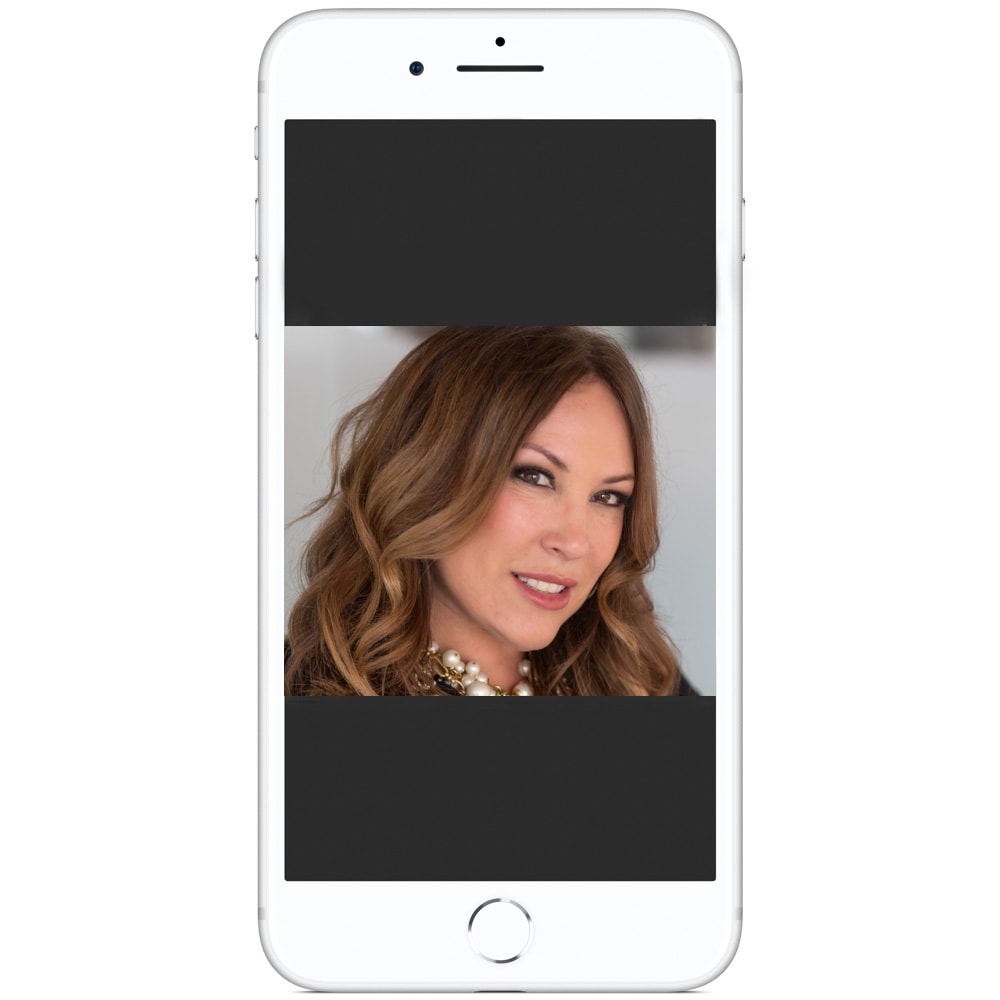 With over 25 years of both retail and wholesale experience, Carrie has established herself as a leader in the fashion industry in Canada. Her previous top leadership roles include president and chief merchant at Sears Canada, president of The Jones Group Canada as well as interim President of Nine West Canada. Earlier, she spent almost a decade as a senior executive overseeing a diverse portfolio at Hudson’s Bay. She is currently the president of Kirkman Consulting where she specializes in leadership development, culture, company scaling and strategy. Passionate about empowering women, Carrie is also chair of the board of directors for G(irls)20, a non-profit that focuses on developing the next generation of young female leaders in order to advance gender equity in Canada and abroad. 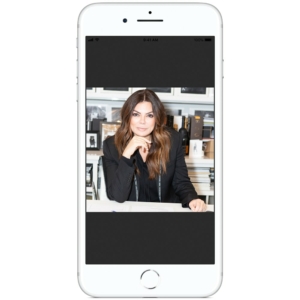 Public relations authority. Venture capitalist. Humanitarian. This is the impact that Natasha Koifman has had on the global community. Dividing her time between Toronto, New York and Los Angeles, Natasha has earned an indelible reputation by rooting all that she does in social responsibility and charitable cause. Through NKPR, her highly respected, award-winning agency that’s amassed world-class clients, she’s able to shine a spotlight on stories of substance while supporting causes that are making a difference around the world. Natasha’s pay-it-forward philosophy permeates the entirety of her work-life integration: She acts as the Chair of the Board for Artists for Peace and Justice Canada, sits on the board for G(irls)20 and has championed countless charity initiatives. Her Ted Talk, on the importance of being present and showing up for others, debuted last year to much acclaim. Natasha’s commitment to mentorship—namely propelling entrepreneurs to positions of power and change through her angel investment company AN8—is helping to ensure that the next generation prioritizes a philanthropic mentality. 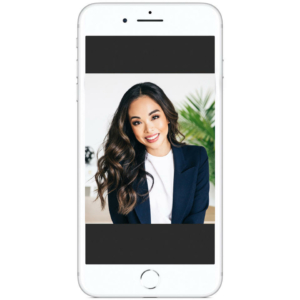 Trang Trinh is the Founding Director & CEO of TREC Brands, a recreational cannabis brand house that developed and manages WINK, Blissed, and Thumbs Up brands. Trang obtained her Chartered Accountant designation at PricewaterhouseCoopers, expanded out into industry to develop her skillset in finance strategy and business operations at Loblaw Companies Limited and Joe Fresh, and worked on over 10 mergers and acquisitions during her time at Deloitte prior to leading TREC Brands. Trang is a champion for diversity and inclusion and advancement of women. Through TREC, she is committed to supporting transformative causes that her consumers care about through a program called 10% for Good where 10% of TREC’s gross profits are donated to gender empowerment, social services and homelessness and cannabis amnesty causes. Trang is also an advisor to The Prosperity Project mentoring program, supporting women in the COVID-19 pre-recovery, recovery and post-recovery periods. 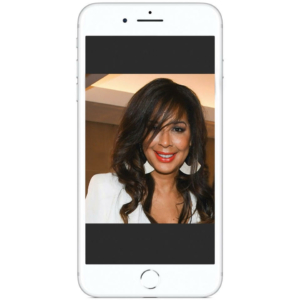 Suzanne Boyd is Editor-In-Chief of Zoomer Magazine and everythingzoomer.com. Prior to her current role Suzanne was Editor-in-Chief of Suede magazine, the acclaimed fashion-forward, culture source launched by Time Inc., in partnership with Essence Communications. Suede was named to Advertising Age’s prestigious A List and was also lauded in The New York Times, The New York Daily News, The National Post, Media Week, Fashion Week Daily, Italian Vogue and Women’s Wear Daily.

Renowned for her pivotal role as Editor-In-Chief of the Rogers Media fashion title FLARE magazine (1996-2004), Suzanne was the first person of colour to helm a national Canadian publication. Her reported essays and personal journalism have also appeared in Maclean’s, The Toronto Star, Canadian House and Home, O The Oprah Magazine, O at Home and Vogue. As one of Canada’s original influencers, Suzanne regularly appears on TV / radio providing lead commentary on politics, pop culture; and is perennially named to multiple Best Dressed lists. 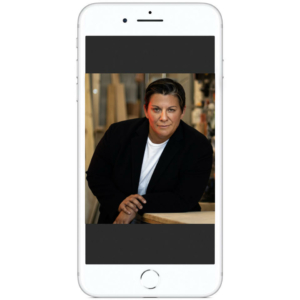 Mandy’s vision goes well beyond building successful businesses. She is committed to redefining the collar, blue™ to help solve the massive skilled trade shortage in North America, a profound economic and social issue that affects everyone. Mandy is also a lead advisor to the federal Governments national campaign encouraging apprenticeships and promoting the skilled trades as a career.

Christopher Wein is currently the Chief Operating Officer of Lanterra Developments and President of Lanterra Construction Management, bringing more than 25 years of experience in the real estate development industry, including his previous position as President of Great Gulf Residential, another Toronto real estate developer and builder. Building off of his extensive experience, Christopher is an innovator in utilizing new technologies, sustainable eco-friendly building solutions, and engineering ingenuity in the development industry. Christopher is also an active investor in health care and health science technologies.

In addition to his career, Christopher also acts as National Vice-Chair of the Canadian Cancer Society, Founders Board Member of Elevate, Chair of the Design Exchange and has been Chair of Prostate Cancer Canada. Christopher was previously a Governor of the North York General Hospital Foundation, as well as many other health, philanthropic, arts and community Boards. He was also the recipient of Calgary Inc.’s Top 40 Under 40 award in 2004.